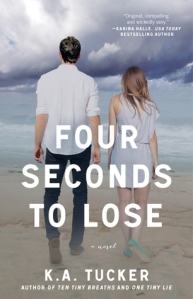 I believe some people are inherently evil. I believe guilt is a powerful motivator. I believe redemption is something you can strive for but never fully achieve. I believe second chances exist only in dreams, never in reality. I believe you don’t have years, or months, or weeks to impact a person’s life. You have seconds. Seconds to win them over, And seconds to lose them. -CAIN

Cain has never had it easy, his father was a drug dealer who threw him into the underground fighting scene at a young age.

Charlie may be even worse off than he is, Cain knew his father was evil Charlie had to find out about her father’s hidden nature.

Can two people who have been exposed to the worse the world has to offer find solace in each other?

I’ve become a masochist. The affliction seems to have developed overnight. The night that Charlie started working here, to be precise. And each night after that, as I came out to watch her strip.

Cain is struggling to find some way to ultimately soothe his guilty soul.

Charlie is running from a life she never wanted.

When there’s nowhere left to run, where do you go?

I gave this book a 4.5 out of 5 stars. My favorite character is probably Charlie, she tries her best and makes due with what she is given. I like Cain in that he always tries to take care of people, if he deems you worthy then he’s got your back and he goes out of his way to make sure that you are safe and cared for.  I really liked this book overall, but I felt that the ending was a bit rushed.  I like K. A. Tucker in that she is a master story weaver, her stories draw you in and tell you a story from two points of view. The stories are woven together and at the end there is a twist that sometimes you see, sometimes you don’t but it’s always exciting.

3 thoughts on “Four Seconds to Lose by K. A. Tucker”